Symptoms: ache in right side of abdomen, noticeable wheeze in breathing, constant migraine

WARNING: BODILY FLUIDS AND NOT A LOT OF LAUGHS

Back from a wonderful holiday with my family, featuring bears and glaciers, where I got snogged by a moose, shat on by a raptor, and comprehensively licked by a caribou.  There was far too much food, loads of hilarity, and quality time with a bunch of people who I like a lot.  It was life-affirming in every possible way, and just what I needed to prepare me for the next round with my stalker – with one exception. On day 5 of the trip, the migraines started.  Before I had a huge brain tumour last summer, I never suffered from headaches.  I have lots of friends who get migraines, and I never truly appreciated the scale of their torment until now.  This was full-on, ice pick-in-the-eye, please-will-someone-cut-off-my-head-now agony.  And it went on and on.  I had medication prescribed by a neurologist, which the migraine just laughed at.  The neurologist can’t determine the cause of these migraines, except that my brain has been ‘interfered with a lot.’

On the last night of the trip, the impending return to reality sent me into a downward spiral.  Lying in SM’s arms, I said for the hundreth time, ‘I don’t want to leave you.’  I thought of him walking past my ashes in their pretty urn on our mantle and wept. He said, ‘You will always be with me’.  This is the man who never fails to pull me out of despair who, when my wound drain dislodged and coated the bed in red jelly, leaving me in hysterical sobs of self-disgust, said in his best porn star voice, ‘Let’s get you out of those wet things.’  This is the man who always chooses hope when I catastrophise.

His tone of resignation, as I cried into his chest, was one of the saddest things I’ve heard from him.  He’s a realist.  He now accepts there’s no way to stop this; we can only slow it down a little.

So…it’s time to deploy the lake of acid that I referred to on Part 1, in the form of an oral chemo drug, capecitabine.  When I was diagnosed with breast cancer for the third time in 2016, after two failed intravenous chemo drugs and all that goes with that, I declared to the medical team, ‘No more chemo.’  It clearly didn’t work, and it ruined my quality of life.  Funny how one’s perspective changes in the face of seven brain tumours, which I had last year.  After radiation to my brain, I took capecitabine for six months last year, and it completely and utterly destroyed the tumours there and elsewhere.  I called the drug the Caped Crusader (CC). As a writer of historical novels, I have strong feelings about the word ‘crusader’, but it seems apposite here.  The crusaders stormed in, attacking soldiers and civilians, warriors and children—indiscriminate and lethal.  Somewhere in the slaughter were the ‘enemies’ they were sent to destroy, but the collateral damage was huge.  Hundreds of years later, the wounds still fester.  Sounds about right for chemo.

I kept my hair, although it thinned and stopped growing. In March this year, I came off CC, and my ecstatic oncologist joked that he was going to present me as a case study at his next conference.  SM and I went on a scuba diving holiday, to the amazement of the medical team.

Six weeks later, three new tumours appeared in my brain and an inflamed lymph node collapsed part of my lung.

Why, you may ask, did I not just take CC again then, if it was so effective?

Remember, this is chemotherapy.  It works by killing fast-dividing cells in every tissue of the body.  By the time I came off it in March, I was virtually crippled and dared not stray far from a toilet. The digestive tract, from the mouth on down, is especially vulnerable.  CC turned my insides to molten lava. The first major episode, after cycle 4 of 8, left me bed-ridden for two days. After cycle 7, when SM was away on business, I spent the whole night in the bathroom, hugging the toilet, with what the medics call ‘complete loss of continence’.  Reader, we needed a new carpet.

In addition, the drug causes the innocuous-sounding Hand and Foot Syndrome.  CC makes the sweat glands excrete free radicals.  These are molecules which damage cell structure, usually caused by toxins like tobacco smoke or pollution, the same free radicals that all the anti-oxidant face creams claim to neutralise.  These free radicals attack the skin of the palms and soles, raising large blisters and ultimately causing the skin to peel away.  It feels like the feet and hands are on fire. Constantly.

There are several creams which are supposed to help with this.  I tried them all, but didn’t find any relief.  With each cycle of the drug, the side effects intensified.

This is the reason why I was keen to try anything else which might work.

So I did and it didn’t and here we are.   If CC works again (which we will find out from the scan in November), then I will have to stay on it indefinitely, with only short breaks to allow my body to recover – assuming my immune system can handle the punishment too—until it eventually stops working.  Because all chemo drugs eventually fail, when the disease learns to tolerate or avoid them.  Cancer is fucking smart, metastatic cancer especially so.  It’s not one disease; it’s different in every organ it inhabits.  Therefore a drug which despatches brain tumours may be ineffective for liver tumours.

Several friends and strangers have urged me to consider the alternative treatment route.  Part of the argument goes, ‘What have you got to lose?’  That presumes a lot of things, the main one being that my time is so short, it doesn’t matter what I do.  I have researched a lot of the alternative therapies, and even tried a few alongside the conventional.  I don’t have a high opinion of the conventional treatment – the cut, burn, and poison approach hasn’t worked for me so far.  The only exceptions are the gamma knife radiation for my brain and CC.  Nothing else has worked.  I have the hardest type of breast cancer to treat, and it’s very aggressive.  I would be an idiot to abandon all conventional medicine, but I have not ruled anything out down the line.

So I’ll take the poison again, although I know it harms all the healthy tissues in my body and can even cause cancer there.  I’m doing it because, without it, the tumour in my liver will have me within a few months.  I’m doing it because I have stuff I want to do.  I want to stay with SM.  I want more time with the other people who I love.  I want to write another book.  I want to sing and take the choir to perform in France.  I want to celebrate SM’s 50th birthday in style. Reader, I want to dive again, once more.  I feel like my true self when submerged in turquoise water, light and free as I never do on land.

I can tell from my oncologist’s doubtful eyebrows that all this is asking a lot, but I have amazed him before, and I may do it again.

We’ll know in a few months if the Caped Crusader can save me once more.  In the meantime, I have some singing and writing to do.  And looking after the real super hero in my life. 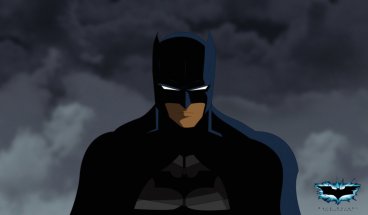 Read Part 4: The Power of Love